Why its required?
Engine carbon deposits have a measurable effect on performance, emissions and fuel economy.  Routine carbon cleaning has been shown to prevent these problems, and remedial cleaning removes more severe deposits that have already formed.

Using no harsh chemicals the treatment returns your engine to a state of cleanliness. You regain power and performance, restore lost MPG and drastically cut emissions.

The Truth
The effect of carbon cleaning on your Engine is dependent on how “dirty” the engine is.  This is down to a number of different things, like driving style, mileage, fuel used etc.

How to tell if your engine might need cleaning...
The list below will give you an idea of whether it’s something you would be likely to benefit from:

Here's some examples:
IF the engine doesn’t get worked hard and hot, then yes it will most likely have more carbon build up.  Taxis and buses are worst as they are sat idling and often short stop-start journeys at low MPH/revs.

IF your car is suffering reduced MPG and IF the cause is carbon build up then yes, the engine clean should recover/reclaim that MPG lost due to the systems being dirty.

IF (and it’s always a IF) ANY aspect of your cars performance (noise, roughness, idling, hunting, MPG lower, emissions, flat spots, throttle response, sticking EGR/throttle body/swirl flaps) are affected from carbon build up then the Carbon Cleaning will have a positive effect.

Of course, IF any mechanical aspect (swirl flaps for example or EGR valve,turbo) has seized/blocked completely or broken then no amount of carbon cleaning will sort it.

Carbon cleaning can’t fix things that are fully blocked or broken these would need to be replaced,stripped and cleaned, fixed.

All a carbon clean can do is exactly that.  CLEAN, it’s not magic if it’s dirty it will help, if it’s not dirty it won’t.

What it will help do if your engine is clean, is prevent carbon build up so your engine remains clean (look at it like preventative maintenance you’re stopping issues before they can start) 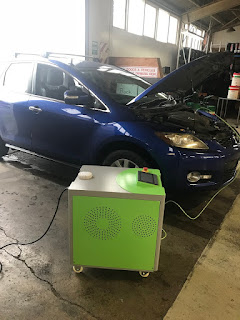 Get rid of Carbon build-up on your engine

the Eco-Friendly way with Walnut Blasting

As you use your vehicle, carbon deposits get left on intake manifold as they move through the engine.  Over time this builds up and begins to restrict airflow to the engine which causes running issues.  The only truly effective way of cleaning carbon deposits from the intake tract and valves is by a procedure known as Walnut Blasting (which is Eco-Friendly as it uses walnut shells, which are biodegradable).  This involves removing the intake manifold and using a mixture of compressed air and walnut shells to gently, but effectively remove years of carbon deposits from your intake.

Will walnut damage my car?

Carbon cleaning uses walnut solely because it is a non-abrasive method, meaning should any get in the cylinder it will just burn or get blown out the exhaust valves without causing any damage.  The process removes build-up without affecting the internal parts of the engine.

What type of cars will benefit?

Most of the Direct injection vehicles (both petrol and diesel), which essentially is almost every vehicle made after 2006.  Cars that have severe build up issues, include but are not limited to: BMW 335i with N55 and N54 engines, Audi B7 RS4 with 4.2 V8, Supercharged 3.0 TFSI Audis, Mercedes C63 with M156 naturally aspirated 6.2 V8 engine and 2.0 Turbo VW Range 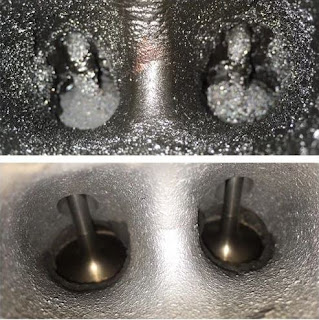 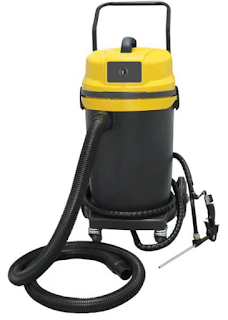